Putin is a Rotenberg, and Rotenberg is a Putin, and one of them is a fraud, and othe other is rotten. But here is a poem for a change


What happened to Onegin’s Tatyana?

Don’t overshadow the plain!
For you are the modest one,
And your peak will remain
Despite the rain or any cloud!

Toward a poise of paired balance
(and every equilibrium demands
The subtle art of such coupled repair)
The cosmos with Russia moves and glides,

So say the village tongues,
Extremes are being tempered,
So is the good just like the steel,
And the empty forms and keeps

Part of the new balancing slide,
So your passion, ancient love,
Can either moderate or strike
The world lording all around

In times of leveling that heave and puff
The lowest of the low unto Babel heights.
But only you must remain the (lonely) one
Whom gods won’t permit anything arrogant.

For you are the Lady with the Word and keys.
It’s the lot of a higher road, while keeping still
Just like a mountain above sagging plains,
Dispensing seasons, clouds and rains.

So, in Russia too, you let the base
Give airs and breath to the vile
And let them rule and exalt
The dead in burying the live

For the truth has to come out
Somehow—even if in spite,
After being abandoned,
Downtrodden, torn apart.

It is the law of heaven
To clean up the unclean
And to fill up all the cups
When their time is coming up.

Of a belle that hopes for love.
Under the same ancient law
The Moon herself will invite
You to think beyond herself.

And so it is the law of fate
To undermine what moves
Away from nature’s own self
And let the modest survive.

And so you shine and glaze
—the blessed, yet unrecognized,
But all that would pass you by
Won’t endure or won’t remain.

And so like the old Egyptian guide
And guardian of the souls and land
You weigh the world and us
In your hands and heart.

And so you go on to radiate
In your noble, gracious call,
However deep be today’s bog,
However man gave on God.

And so you know—you may
Cherish, but never to possess.
You can touch, but no grasping
Is allowed or authorized.

For you are the mountain
And the receptive earth
With her joy concealed
Among the gold down dispersed.

And so you approach and progress
Like the hopeful, youthful May,
And success is certain—if, as always,
You remain true to your own self

—the new earth reborn and beatified,
Above the mountain’s stern fountain,
Above the mirror of the cleanest lake,
And kind like the verse’s end reversed.
Posted by Vladimír Suchan at 2:39 PM 1 comment:

Very likely the Rotenbergs, the richest oligarchs of Russia (Forbes), are a foil for Putin and Putin's own business empire


Everything indicates that Russia's oligarchs, the Rot(t)enbergs, are the public side of the largely submerged iceberg of Putin's own oligarchic vast "business" empire and thus Putin's close partners as well as a cover for Putin and Putin's own wealth.
If so, then very likely the notorious new "Rotenberg" toll of all Russian trucks could be very well in fact the Putin tax. 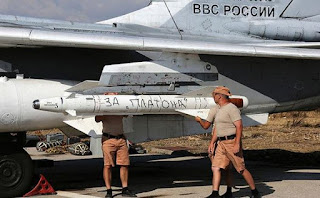 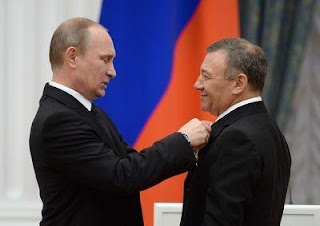 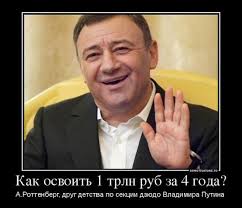 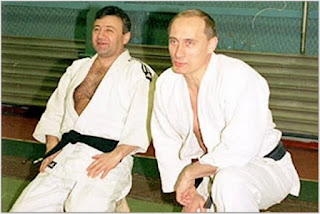 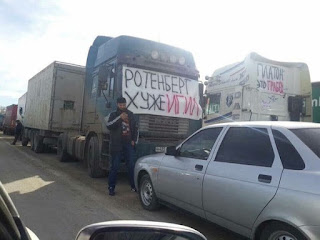 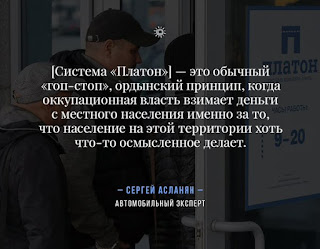 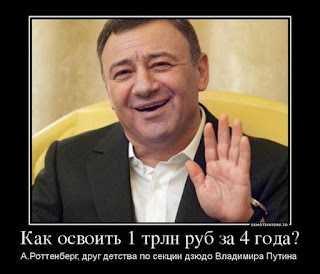 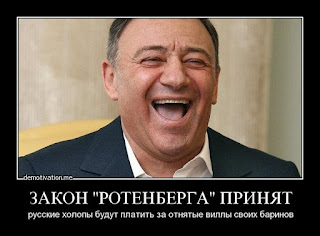 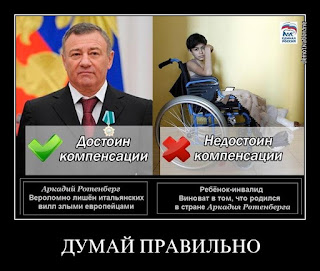 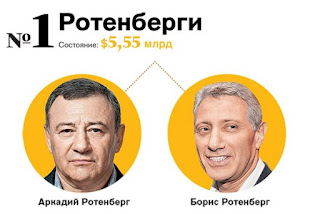 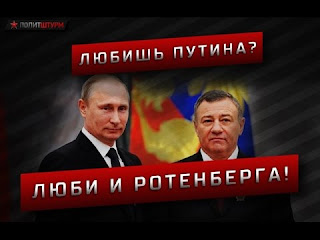 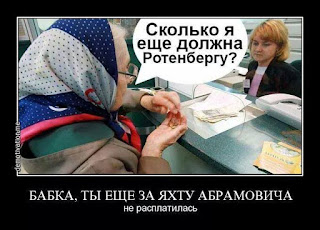 Russia 1st Deputy Prime Minister in Davos to the West: We are doing exactly what the West wants us to do and we are absolutely committed to it, messages to the contrary are just to fool the public

These frank words of Russia's 1st Deputy Prime Minister should dispel any remaining illusions about Russia's principled position, its independence or patriotism. His message: we are committed to doing exactly what the West wants from us.

Igor Shuvalov,1st Deputy Prime Minister of Russia, and Kudrin, Putin's longest serving finance minister and open Western stooge, in Davos 2015, both assured the West that Putin himself guarantees that Russia's Central Bank will not be supporting Russia's real sector, industry, and companies. That's "absolutely impossible." Moreover, a law made a year ago ensures that the Central Bank will be absolutely independent of the will of Putin and the Russian government. There will be no capital controls either. Shuvalov: I, Kudryn and Gref made all that was necessary to kill control over foreign exchange. The Russian government will thus ensure that Russia as a state will not and cannot protect its economy or its country. Shuvalov: No matter what is being said publicly in Russia by politicians, the deeds and laws are and remain utterly "liberal."
https://www.youtube.com/watch?v=VtMmpVJh2Dc
Posted by Vladimír Suchan at 3:06 PM No comments:

Putin/German Gref has just sent their "strategist" A. Idrisov to Crimea to talk "sense" into the Crimean leadership--in a sense of surrendering themselves back to Ukraine

How the Kremlin and Surkov manage Donbass by Evgeniy Shabaev