So what happened in Donbass?

As the original names of the Donetsk and Lugansk PEOPLE’S REPUBLICS testify, the original driving force of the Donbass uprising against the anti-Russian and neo-fascist, neo-Banderite US- and NATO-aided regime change in Ukraine, the Maidan, was a late, but also the most notable attempt of the people themselves to restore at least something of the USSR that was unscrupulously betrayed by its own leadership and the KGB and military command after several decades of high-stake, but otherwise meticulously executed plan of the great historical reversal that not only completely undid the results of World War II, but also destroyed totally the USSR, the world socialist system and nearly everything what the Soviet people accomplished, created and defended against fascism at the cost of 25-27 million lives.

This original, unplanned, spontaneous pro-socialist and pro-Soviet drive of the Novorossiya uprising from below was, however, very quickly put under the Kremlin management via Strelkov, Boroday and others who were dispatched to Donbass. It was never a big secret that Strelkov himself is a firm anti-communist advocate of czarism, a White Guard by conviction, a right-wing nationalist. It was this ideological and political character of Strelkov which was for the Kremlin his decisive asset for quelling the original pro-Soviet, leftist impulse of the uprising and for turning the whole struggle eventually into a mere hostage, pawn, sacrificial victim and expendable instrument of the quisling Putin regime and its intra-oligarchic games at the expense of Russia, Ukraine and Donbass.

There was no way that Putin and his oligarchic, right-wing neo-feudal mafia regime would tolerate not only any new resurrected Soviet people’s republic next to the Russian Federation or even within, but not even any more serious call for any social justice or equality. That’s why also the real popular leaders who were either too independent or too sincere and serious had to be killed—in the mind of Putin and his clique, and that’s also what happened—what the Kremlin did through its paramilitary mercenaries and intelligence agencies.

There are many indications that the Kremlin and Poroshenko, respectively Ukraine, worked together in sync, while maintaining their postures as would-be two adversaries or even “civilizational enemies,” as Poroshenko himself initially framed it, along with the US which was supervising and maintaining overall control over the whole process which was cutting Russia geopolitically, militarily, economically and morally down in size and significance. There is a little doubt that all the key moves were vetted and had to be vetted by the US. On either side.

Thus the during the summer of 2014 Novorossiya uprising changed into a closely coordinated counterinsurgency war much with the help of the Kremlin advisors who took over the command and management of the republics and also with the help of the Minsk process that de facto and also de iure destroyed the original program of then uprising.

Simultaneously the Kremlin introduced in Donbass the notorious practice of putting hundreds and perhaps thousands of the original revolutionary militia commanders who were not assassinated and militia soldiers into the unofficial, lawless prisons dubbed in Donbass “podvaly”—the basements.

The war thus became a covert joint anti-communist, anti-Soviet and counterinsurgency operation. Putin was let to have Crimea as a temporary reward, cover and alibi to get the Russians believe he was a hero, while he sat back & let the militants and the most popular commanders of Donbass get killed off.

Putin and his regime also needed some alibi for "losing" Ukraine to the Banderite anti-Russian neo-fascists. And Crimea was, indeed, meant and used as a "victory" cover for Russia's new big defeat and disaster. In some way, it was also meant as a pre-emptive false revolution. The danger was, however, bringing the collusion of the Putin regime out into the open along with its subservience. Saker and other COINTELPRO disinformation groups were meant to feed this danger off by creating the fables about Putin, the genius, crushing the Empire with his new genius strategies and new genius plans--one almost for each single day.
Posted by Vladimír Suchan at 5:45 PM No comments: 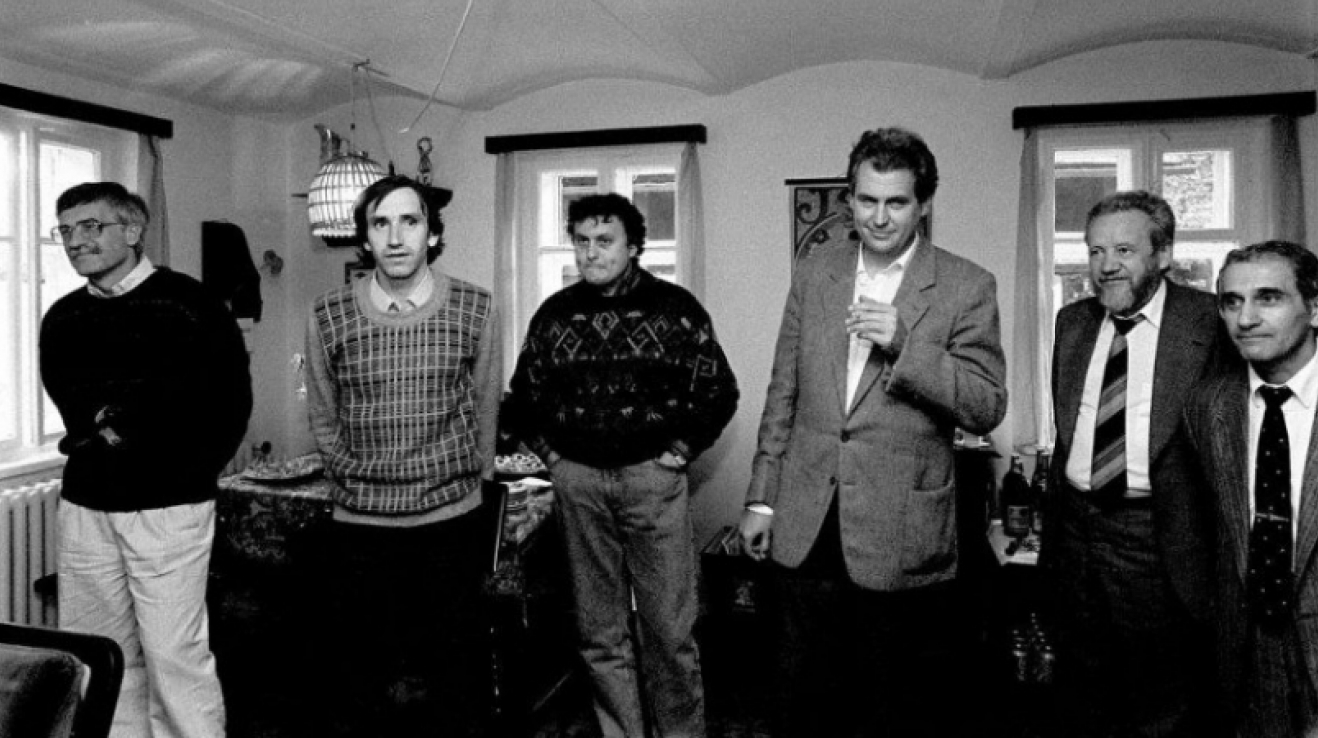 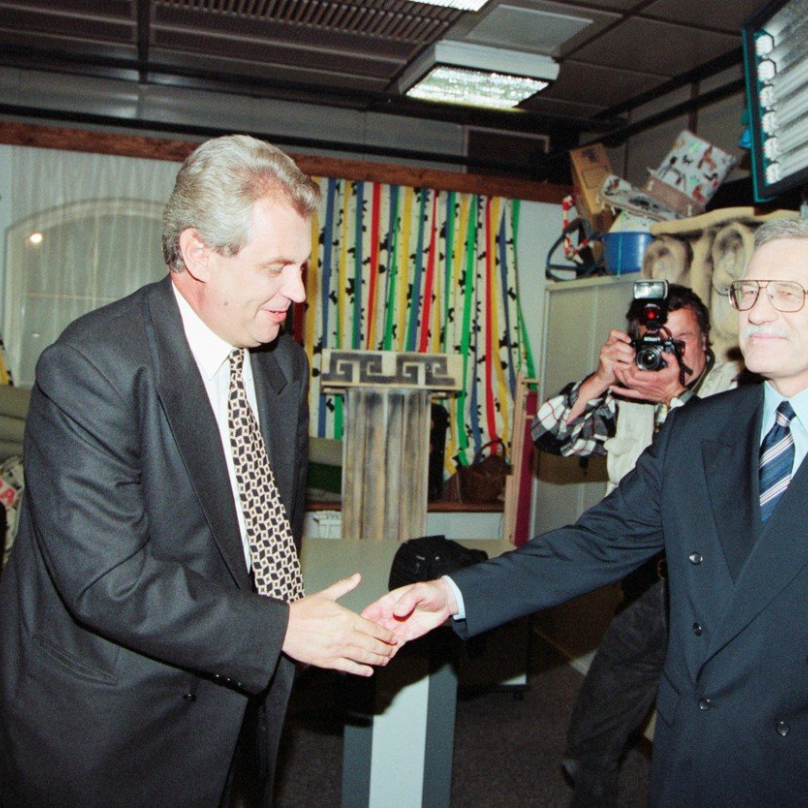 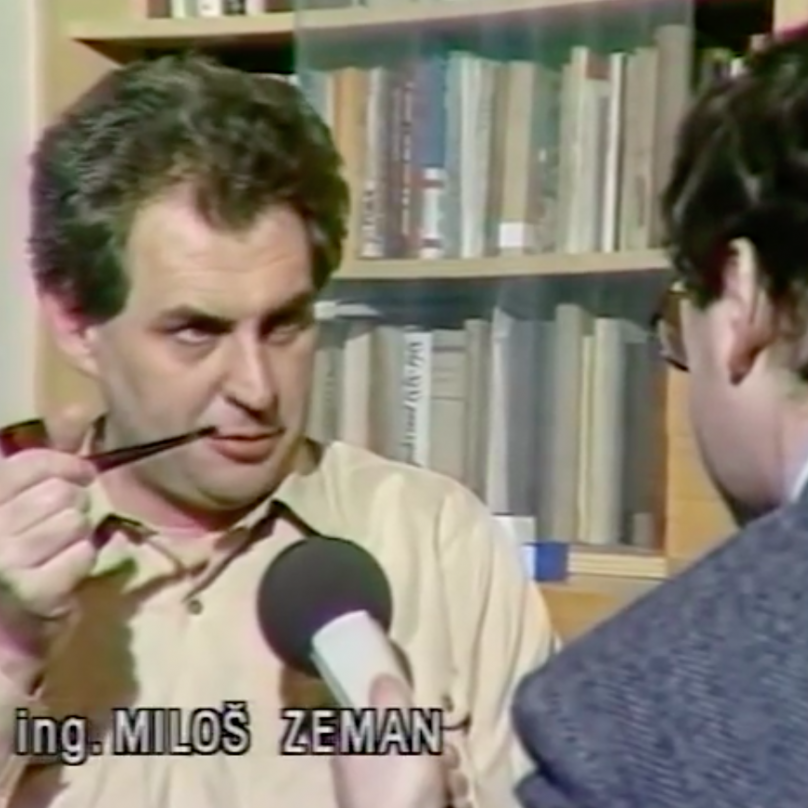 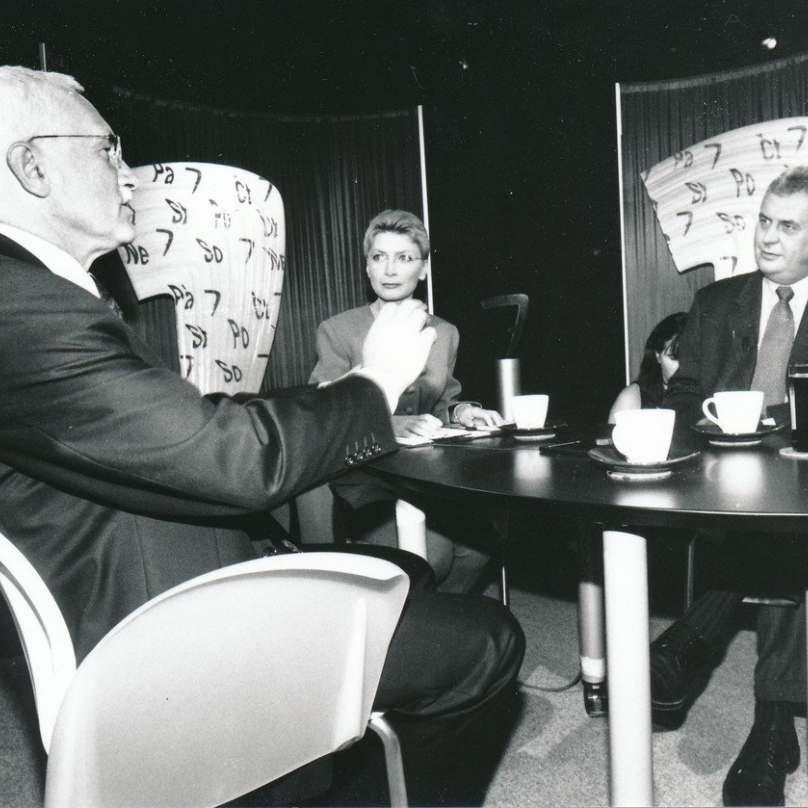 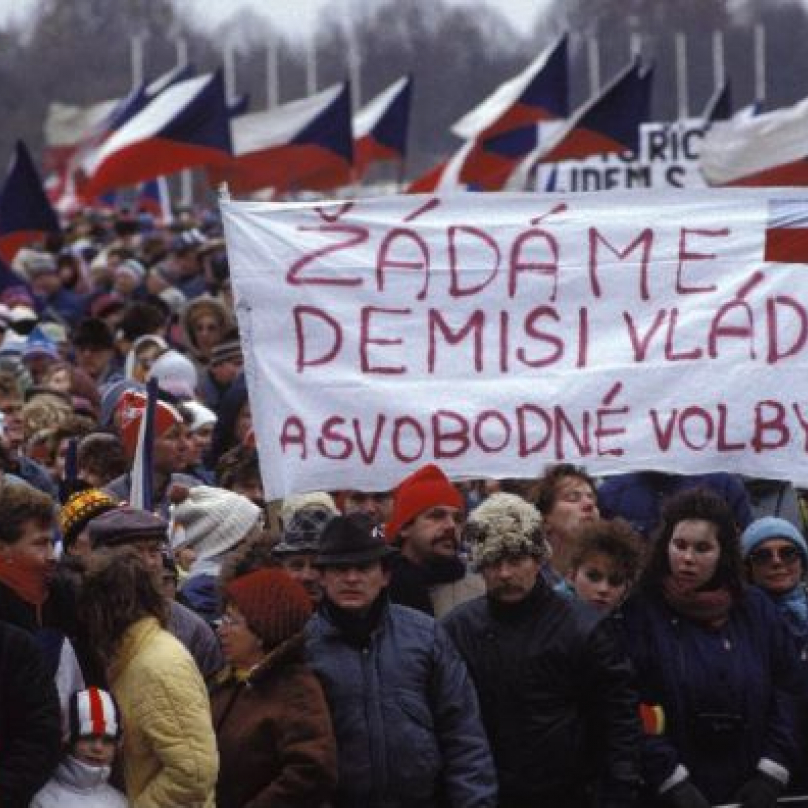 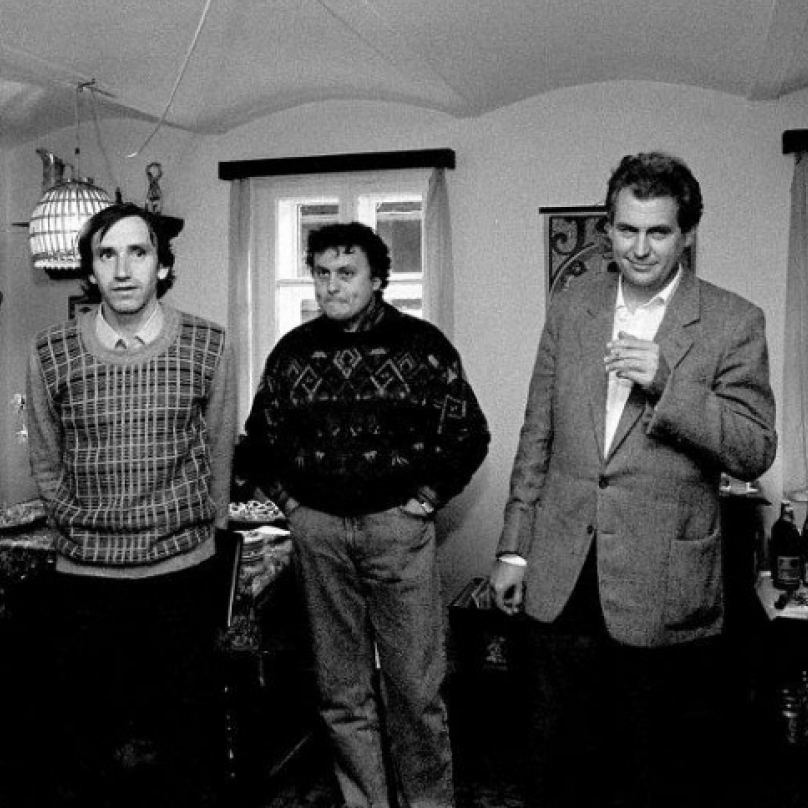 Lavrov: What does it mean when a former communist like Lavrov becomes the head of Putinist diplomacy?

At the time when Maria Zakharova issued her statement, in which she accused Stalin of being worse than Hitler to Russia, Sergey Lavrov issued in his name a longer article on the history of the Russian statehood. Here are some of the highlights:
1. Lavrov claims that the policy of submission to the Golden Horde by the Russian rulers (as a result of military defeats) was done in order to preserve Christian faith and "the right to decide their fate." The submission was, according to Lavrov, a "wise and forward-looking policy," and "is in our genes."
"Let us recall in this connection the policy pursued by Grand Prince Alexander Nevsky, who opted to temporarily submit to Golden Horde rulers, who were tolerant of Christianity, in order to uphold the Russians’ right to have a faith of their own and to decide their fate, despite the European West’s attempts to put Russian lands under full control and to deprive Russians of their identity. I am confident that this wise and forward-looking policy is in our genes."
2. Lavrov calls the Bolshevik Revolution of 1917 "without a doubt ... a terrible tragedy for our nation."
3. Lavrov's "balancing act" on the "evils" of the Soviet Union looks like this: "The Soviet Union, for all its evils, never aimed to destroy entire nations."
4. According to Lavrov (what a lie!), the demolition of the Soviet Union was an act of the will of the people assisted by bad luck: "There is no substance behind the popular belief that the Soviet Union’s dissolution signified Western victory in the Cold War. It was the result of our people’s will for change plus an unlucky chain of events." As you can see, he also claims that the demise of the Soviet Union and its defeat in the Cold War was not a Western victory.
5. Lavrov concludes by approvingly quoting Ivan Ilyin who praised--after World War II--Nazism and criticized it for its failure to defeat the Soviet Union. Here Lavrov approves of Ilyin's claim that, for Russia as a great power, the size of its territory and the number of its people is not important: "Speaking about Russia's role in the world as a great power, Russian philosopher Ivan Ilyin said that the greatness of a country is not determined by the size of its territory or the number of its inhabitants, but by the capacity of its people and its government to take on the burden of great world problems and to deal with these problems in a creative manner."
Posted by Vladimír Suchan at 11:21 AM No comments:

So what is the fundamental political, economic, ideological and civilizational meaning of the era in Russia's history under Gorbachev, Yeltsin, and Putin, thus more than 30 years of their combined rule (last year Putin declared that Yeltsin's way is also his way--put)?
It took the Soviet Union under Stalin just over 10 years to prepare for the largest and greatest war in history of mankind--the life and death war, World War II or, as it is known in Russia, the Great Patriotic War. Just over 10 years, the Soviet Union needed and had to prepare for that war and for the Soviet Victory in that war.
This was, in my view, the greatest and most principal achievement of the Soviet Union. It saved and preserved Russia--hundreds of millions of people, and, at the same time, it also saved from planned extermination other nations too, include the Czechs, my own nation by birth.
It is, therefore, also this supreme achievement of the Soviet Union that may or should be used as a key, central criterion against which the achievements and the political, economic, ideological and civilizational meaning of the rule by Gorbachev, Yeltsin and Putin need to be measured first and foremost.
When in Milan in June of 2015, shortly after the 70th anniversary of the Soviet Victory in World War II, Putin made his attitude clear: "Never again!" He called the victorious Great Patriotic War of the Soviet Union a "tragedy." But on record we have not just words and statements by Gorbachev, Yeltsin and Putin and their pronouncements on the meaning of the Soviet Union. We have also their deeds, policies, and their results the evidence of which is, of course, much more material and decisive.
When we then look over the whole span of these 30 years and mark the key patterns and trends, we have to conclude the following:
If the essence, main triumph and the greatest service to mankind by the Soviet Union was the victory in World War II and the defeat of Nazism, the rule of death over mankind, Russia under Gorbachev, Yeltsin, and Putin has used all these 30 years not for victory, but for preparing and implementing capitulation and doing all they could to make this politically, economically, ideologically, and civilizationally assured, guaranteed, and irreversible--as much as possible and by means of systemic political, economic, ideological and civilizational corruption, degradation, and self-destruction. Putin's surrender of 40 million Ukraine, the historical part of Russia, to the new fascists is a proof and case in point, and not small at all. The gangrene is in the Kremlin, and the Ukrainian army under its fascist command only 400 miles from the Kremlin.
Against this background, hailers of Putin's supreme geniusness and fictitious masterfulness, which beset Russia with a horde, a new "Golden Horde," of absolutely amoral, immoral, nihilistic, and soulless oligarchs, are trying to present Putin, the hero, much like the victim in chief of the Empire, rather than its willing collaborator, partner, and a cog in its wheel and hook, while trying to "shame" and silence criticism of Putin's Highest Nothingness under which Russia has progressed--has "progressed" mightily toward her unconditional surrender, capitulation and demise. By means of systemic political, economic, ideological and civilizational debasement and corruption. Machiavelli might have approved. Russia's enemies applaud, and morons rejoice and worship.
Posted by Vladimír Suchan at 11:12 AM No comments:

Posted by Vladimír Suchan at 12:46 PM No comments: